Central Missouri farmer Bryan Ratliff is getting ready to resume his regular routine just two weeks after becoming the first patient in Missouri to undergo a new surgical procedure that is a successful alternative to spinal fusion.

"Columbia Orthopaedic Group remains committed to be at the vanguard of technological advancements that improve care for our patients," Dr. Miles said. The new technology, recently approved by the Food and Drug Administration, is a welcome addition to what Dr. Miles called his "long-standing personal and professional commitment to motion-sparing spine surgery."

Bryan, who has a farm in California, Mo., said he had increasing neck pain that eventually caused blurred vision when he was driving his tractor. That's when Bryan decided to consult with Dr. Miles at Columbia Orthopaedic Group, where his wife had undergone successful knee arthroscopy with partial medial meniscectomy by Dr. Bus Tarbox one week earlier.

Bryan said his recovery has been "smooth sailing," and that he walked out from surgery and delivered Christmas packages the next day.

"I'm good as new. I trusted Dr. Miles from the beginning and knew I was in good hands," Bryan added. "My only regret is not having the surgery done earlier."

"The Simplify Cervical Disc represents an evolution of prior designs and offers some unique enhancements - smaller sizes for petite patients, semi-constrained design, ease of disc preparation and insertion, and MRI compatibility."

Simplify Medical Inc., a privately-held company focused on cervical spinal disc arthroplasty and developer of the Simplify Cervical Artificial Disc, announced in December the first surgery following FDA approval for the procedure. The procedure was done at the Texas Back Institute in Plano, Texas. 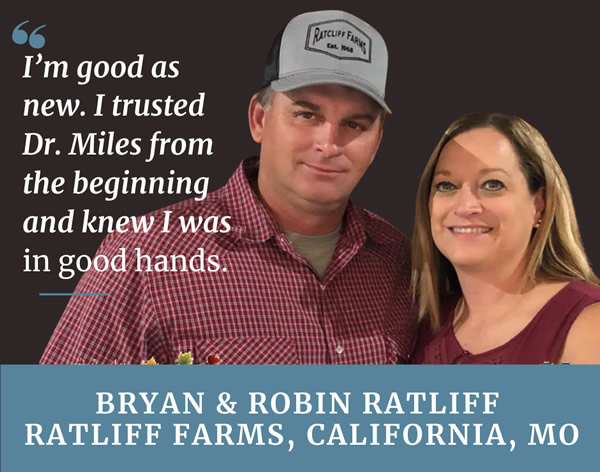 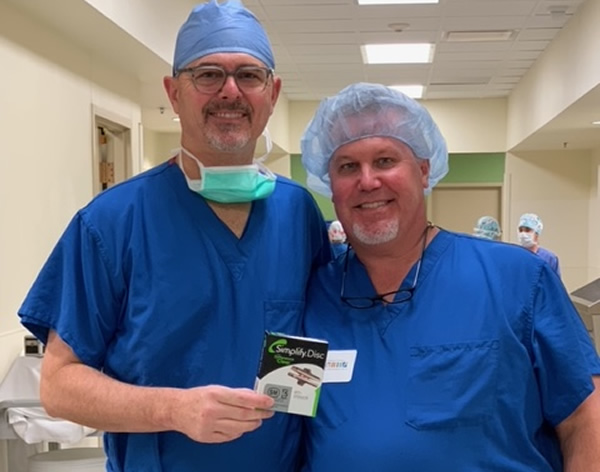 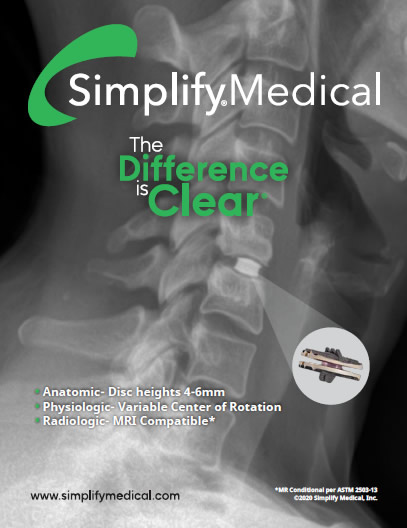 is a motion-preserving cervical artificial disc designed to allow for advanced imaging capability of MRI, to better match patients' anatomies, and for physiologic movement. It is composed of advanced, primarily non-metal materials (PEEK-on-ceramic) to permit the full diagnostic imaging capability of MRI, potentially minimizing patient exposure to ionizing radiation. The three-piece disc, with a semi-constrained mobile core, is designed to mimic/replicate the natural biomechanical motion of a healthy disc. Implantation of the Simplify Disc is accomplished in a straightforward, three-step procedure.