Occasionally, knee issues can affect people at a relatively young age and can adversely affect their ability to live a normal life.

Alexis Hunold was 14 years old the first time her knee gave way in 2008. "I was walking down the stairs at school, and my kneecap dislocated in my left knee. I went down in a heap." Her knee was very swollen and painful, but after some ice, and a little rest, it got better. 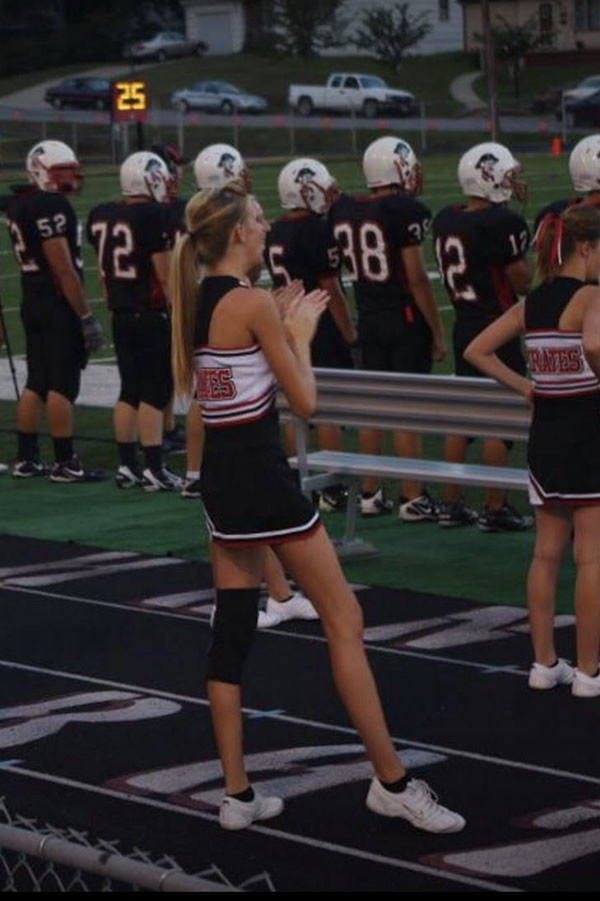 The kneecap (the patella) normally sits in the front of the knee. At the lower end of the thigh bone (the femur), there is a groove (called the trochlea). The patella glides up and down over the end of the femur in the trochlear groove as the knee bends and straightens. The patella and the trochlea are normally covered with cartilage which allows for a smooth, lubricated movement of these bones against each other.

When the patella dislocates, it usually slides off the outer side of trochlea. When it does so, the cartilage on the patella or the trochlea, or both, can be damaged. With repeated dislocations, the damage may get worse.

She saw a physician near home and had surgery on her knee in 2008, but unfortunately for Alexis, her patella did dislocate again. And again. And again! She also tried physical therapy which was not successful. Her patella even became more unstable and started dislocating both toward the inside and outside of the trochlear groove at different times.

One of those dislocation incidents occurred in 2011, while she was a cheerleader in high school.

"One time, in Boonville, I was cheering at a football game for Hannibal High School when my knee dislocated. I was quickly carried off the field and loaded in my parents' car to get me home as soon as possible."

Even when her patella was not dislocated, she had pain, swelling, and grinding in her knee. Normal activities such as going up and down stairs were difficult.

"Picking up my niece and nephew was almost impossible. I worried that one day, when I had my own children, I wouldn't be able to play on the ground with them or pick them up."

Her dislocations continued, and her symptoms worsened.

She then came to Columbia Orthopaedic Group to see Dr. Pat Smith in 2012. She wanted a second opinion about her knee. Dr. Smith recommended exercises to strengthen her thigh muscles. He told her she would likely need surgery again for her left knee. 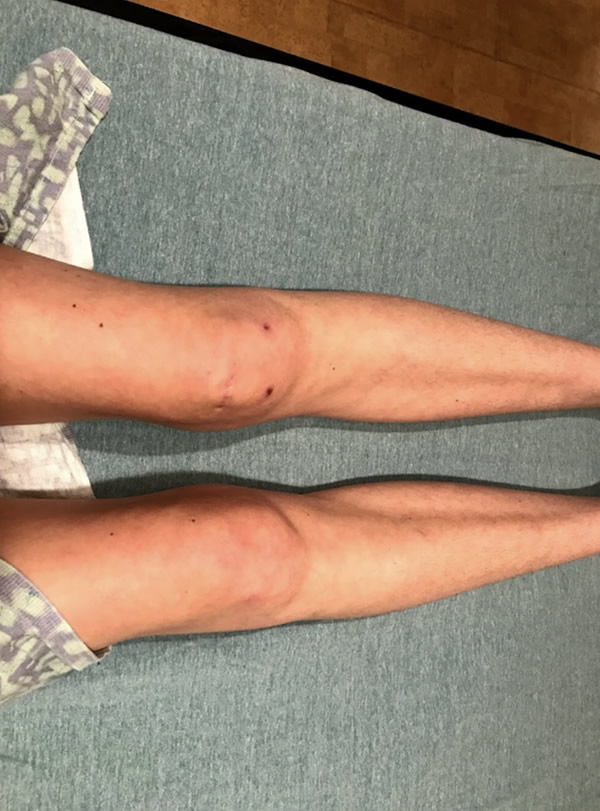 She worked on thigh muscle strengthening exercises and wore patellar stabilizing braces for several years. Eventually her left knee got worse and worse. She then returned to see Dr. Smith in 2018.

"The year before Dr. Smith actually did my surgery, my knee was dislocating once a month."

Dr. Smith performed an arthroscopic surgery of her left knee in October 2018. This surgery was part of a staged surgical plan to evaluate how arthritic her patella and trochlear groove were. After this surgery, he was very honest with her about her knee. It was seriously damaged and would require a contemporary treatment to achieve pain relief and prevent further dislocations.

So, in February 2019, at 25 years old, Alexis had the second stage of this surgical plan for her left knee which involved a contemporary treatment. 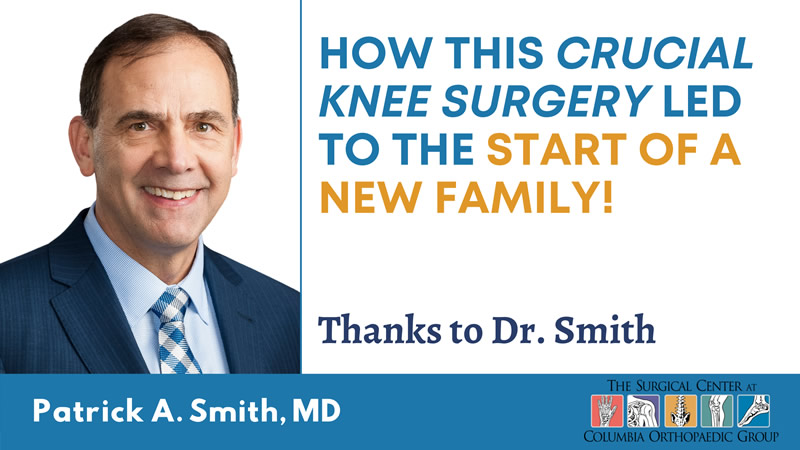 Dr. Smith performed an osteochondral allograft transplantation of her patella, a femoral trochleoplasty, and a lateral retinacular reconstruction.

In patients like Alexis, with recurrent patellar dislocations, often the trochlear groove of the femur is worn down or is not deep enough, making it much easier for the patella to slide out of the groove. The femoral trochleoplasty portion of the procedure requires careful recreation of the groove using chisels, drills, and creative sculpting.

In our joints, there is cartilage known as articular cartilage which coats the bones. This cartilage is firmly adherent to the underlying bone. An allograft is tissue harvested from another person who has passed away but who agreed to donate their organs and tissues for use in others. The term osteochondral is a Latin term. Osteo refers to the bone. Chondral refers to the cartilage. So, an osteochondral patellar allograft is the articular cartilage surface of the patella with its underlying bone harvested from an organ donor. 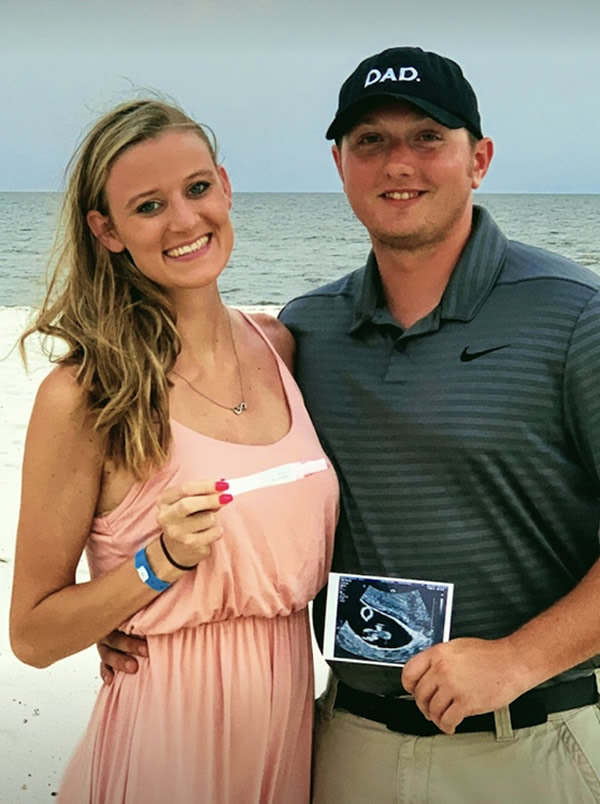 During this surgery the damaged cartilage from Alexis' patella and a few millimeters of its underlying bone were removed by Dr. Smith. It was then replaced with the osteochondral allograft. This was the osteochondral allograft transplantation portion of this contemporary surgery. This served to reconstruct the surface of her patella in order for it to move properly in the trochlear groove and not dislocate and to help relieve pain and grinding.

The lateral retinaculum is a normal band of connective tissue on the outer side of the knee that helps keep the patella stabilized in the trochlear groove. It had been released at the surgery she had in 2008. Dr. Smith reconstructed it at this contemporary surgery in order to help stabilize the patella and prevent dislocations.

"I was laid up for about seven weeks. I did my physical therapy, and now, my left knee is my dominant knee. Daily life for me has changed so much. I am now more active than I was ever able to be before. And, I owe it all to Dr. Smith."

"Before I had the surgery, I wasn't physically strong enough in my knee to get up off the floor from a sitting position. Therefore, the fear of being able to carry a child, care for a child, and raise one literally from the ground up was a constant concern to me. My freedom was compromised due to the pain and constant dislocations of my knee. Dr. Smith was able to give me that freedom back along with the ability to get up off the floor with little to no pain and absolutely no fear of it dislocating again. He provided me with the confidence I needed to start my own family. With that being said, I'm pregnant!!"

Alexis said, "I am so happy with this surgery!"

Dr. Smith is a Board Certified Orthopaedic Surgeon who specializes in Sports Medicine.

For more information about Dr. Smith, please visit his page.